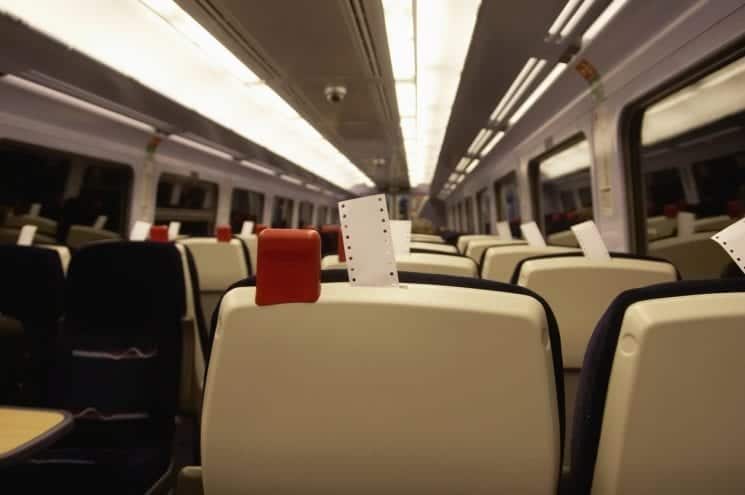 Gather ’round, young’uns, and soak up some old world wisdom about a true technological marvel…

Some time back, my commuter line launched the miraculous electronic ticket. But that’s not the tech I mean. I’d held off on adopting the new baby for a few reasons. A biggie being the dreaded phone battery gone dead blues.

But there I was one morning, sitting on the train and realizing that, for the first time in nearly two decades, I didn’t have any punches left on my 10-ride. I blame a bout of flu bug, not a degenerating brain. So instead of paying the 5 buck surcharge for buying a ticket on the train, I succumbed and bought a virtual 10-ride then and there via the miraculous interwebs app (no sarcasm — I do love much of the new world — heck, I’m on the train right now using my phone to write this).

And that was the last thing I liked about the e-ticket.

Nope, I never had the battery conk out (but that was an inevitability-in-waiting). But the thing was sluggish. As with many apps, the moments from finger-tap-summoning to the final goal can vary; even following all the proper protocols. I was usually sitting and waiting for the conductor to get through the car to see my phone; instead of reading, writing, or whatever else I was doing (like internally cursing at the inevitable mope who did buy a ticket on-train, slowing him down even further).

If I hadn’t noticed him approaching until he was right there, it was me slowing things down as we waited for the app to do its job. Yeah, 20 or 30 seconds seems like no big deal, unless you’re in a shower that just went cold, or holding things up on a commuter train.

[As I was typing that last line, Mr. Conductor showed up, which would have brought exactly the catastrophe just described. But instead…]

Conductor appears, my hand reaches in and whips it out and he punches and returns it and I slip it back in. 4 seconds, every time. I’ve timed it; Foolproof.

Oh yeah, and the ticket’s functionality is waterproof.

But here’s what sent me back to that truly wondrous technology known as “paper.”

My phone died; Kaput. It bit the silicon dust. Still under warranty, they sent a new one and I sent them the croaked one.

Back on my train, I reloaded and fired up the app to find that my 80 bucks worth of e-tickets were gone; Vanished.

Nope, they don’t keep track of my ticket balance electronically in the hallowed “cloud” above us all. When it comes to e-tickets, what happens on the phone stays on the phone.

I did avoid the 5 buck surcharge again courtesy the miraculous interwebs by buying my round trip e-ticket for that day while on the train.

And that’s what it’s good for — First World “emergencies” in a pinch.

And when I bought it again, I realized I’d actually missed the minute of 5:00 am chit chat with the friendly ticket lady at my station every couple of weeks. A bit of pleasant human interaction predawn isn’t such a bad thing. And she said that, though she felt bad for my loss, she’ll be glad to see me again. I’m guessing she too is seeing far fewer humans in our new e-ticket age.

Traveling by Amtrak Across Country Guide