Travel by Train Across Colorado 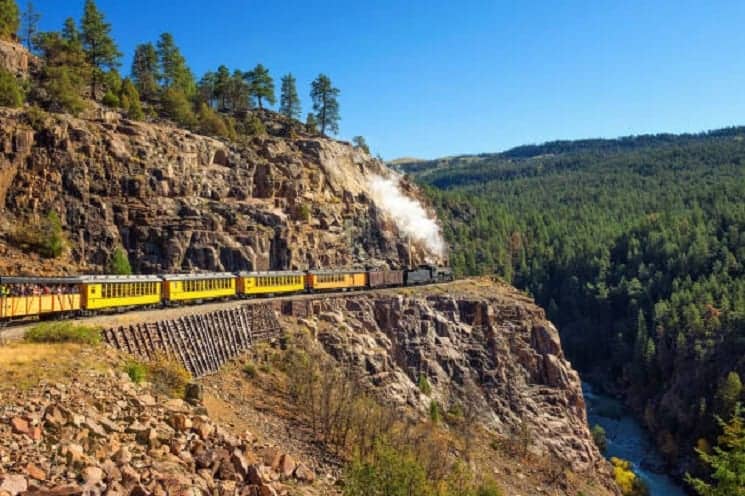 What a trip this is! Start with a flight, bus or car to the mile high city of Denver. That is where Colorado gets vertical. Did you know the Colorado Rockies have 56 out of the 91 mountain peaks over 14,000 feet? This trip makes a large loop around the state and you can take it forward or backward. 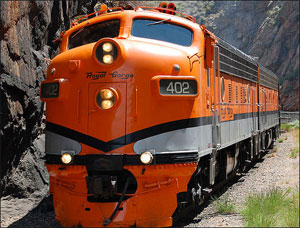 A trip here has to begin (or end) in Colorado Springs, less than an hour’s drive south from Denver. So much to see in that town. There is the Air Force Academy, the Olympic facility for indoor sports, the Garden of the Gods (beautiful red rocks) and most importantly a trip to Manitou Springs to ride the cog up to Pikes Peak. Don’t worry about being up there at 14,000 feet. You don’t stay long and there are canisters of oxygen at the top in case you need a shot. 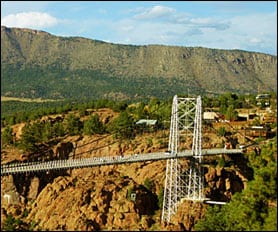 Next stop the Royal Gorge Scenic Railroad. The route follows the “Grand Canyon of the Arkansas River”. And, on the way back you can stop & ride a little car to the top of the mountain and walk the famous Hanging Bridge. 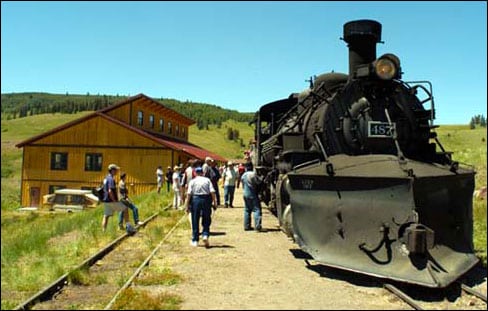 The next two trains have to be some of my top favorites in the US. The first is the Cumbres Toltec. It’s about a 6-hour ride through the mountain and up at the top, some ladies ride their 4 wheel drive jeeps there every day to prepare a meatloaf or turkey lunch with homemade pies for the passengers. 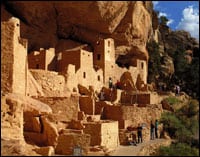 After your ride, it’s about 2 hours to Durango. Don’t forget to make a trip to Mesa Verde when you’re in Durango. It is one of the best preserved Anazasi sites in the Southwest. And, of course, the Durango/Silverton train, listed as one of the top 100 trains in the world. 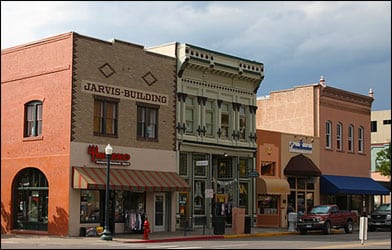 Durango is one of the more famous western towns for tourists in Colorado. There was a large forest fire a few years ago that came very close to town. Usually, the base camp is established near the fire. During that one, the base camp was right in town. But the firemen working on the fire were able to save the town.

I was there during the firestorm that summer and it was pretty scary. Smoke was everywhere. And in the dark of the evening, you could see the planes spreading the red fire retardant across the skies working to douse the flames. 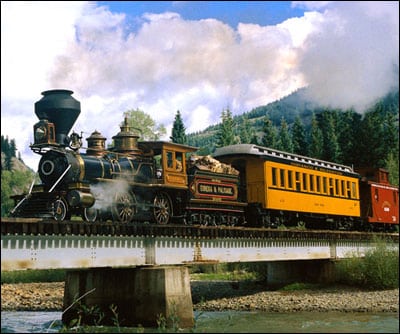 Since the Durango-Silverton train is a coal train there was a lot of worry about sparks so we did not ride it into the mountains on that trip. We just did a short ride about 40 minutes each way to Hermosa and back again with a little car behind us on the track putting out fires from the cinders when they started. The train journeyed along the road out of town and on the way out I saw little “hot spots” of fire here and there. Never in my life was I so glad to leave a town. The “hot spots” were even bigger as our bus rolled out of town and when we reached our destination that night, we heard the road had been closed down not long after we had driven out. That would have been terrible being stuck in Durango with the fire surrounding us.

But normally the train is a wonderful ride over the mountains to an old silver mining town called Silverton. The mines have long been played out and if it wasn’t for the tourist business, Silverton would definitely be a ghost town today. 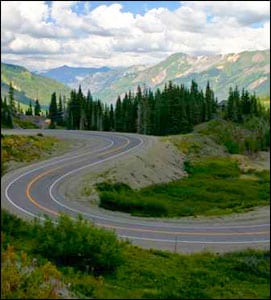 As you leave Silverton you ride on a 24 mile stretch of mountain road called the “Million Dollar Highway“. They say there is so much gold & silver dust that was used to make the road, it got its name for that reason. Others say it cost a million to build. No matter what, it is 24 miles of switchbacks of 15-20 mph and many people have white knuckles traversing that section of the mountain to the town of Ouray. Ouray is another one of those old mining towns and one of the mine owners struck it so rich, he bought his daughter the Hope Diamond. 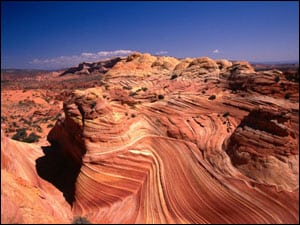 That night a stay in the town of Grand Junction is recommended. That gives you a chance to drive the towering red rocks of the Colorado National Monument before continuing your journey along I-70 back to Denver. Although there are no major attractions, this section of highway is definitely one of my favorites in the country. 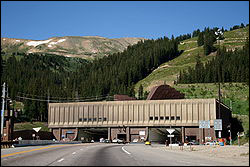 The Eisenhower Tunnel, the highest in the US crosses the continental divide and the scenery with all the Ponderosa pine trees is breathtaking. This interstate also goes by Georgetown where you can ride the Georgetown loop train, an engineering marvel. 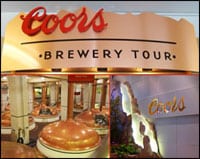 And when you get to Golden you can stop at Coors Brewery and right outside of town is a wonderful train museum. Or if you don’t have time to travel the state a ride on Amtrak from Denver to Glenwood Springs is also pretty spectacular.

Once again, whether you do it by train, bus or car, the scenery will blow you away. 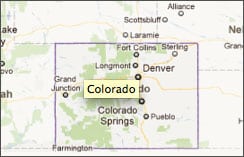