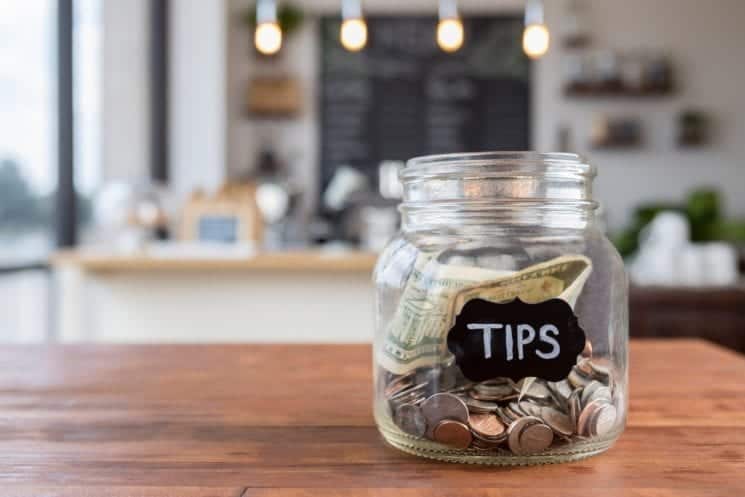 My daughter stopped by and took me to brunch to celebrate the 43rd anniversary of my 39th birthday. We went to a new “New York” deli that despite its claim had no liverwurst on the menu. That’s one of the many variations in dining out offerings I have seen in recent years. Not the least of those changes has been how one calculates and leaves a tip these days. The art of tipping has definitely evolved throughout the years. How has tipping changed America?

Both my daughter and I have waited tables to pick up money to go to school and make ends meets in our lifetimes. That fact led to a good discussion. In today’s eating-out environment, it has become more difficult to calculate and pay a tip than at any time either of us remembers.

I think the last time I waited tables for supplemental income was in 1958 in Ernie’s Cafe and Steakhouse in Columbia, Missouri. In those days, everything was paid in cash. A $2 tip was an indication that my customers were pleased with my service. A 2-penny tip was the ultimate sign that my service was a total flop.

In those days, a portion of my tips was shared with the bus boy that kept the table neat and clean throughout the dinner. Five dollars in tips would fill the gas tank of my 1950 Dodge. I had purchased it for $150. It was a different day and age.

My daughter, 33 years my junior, could make that $150 in tips in one evening waiting tables in a classic restaurant when she was in college. Some of her tips came via credit cards that were in use by then. Some of those tips she shared with her bus people, which was still customary in the restaurant business.

Today, however, tipping has become more complicated primarily because fewer people carry cash. The custom of tipping has become a muddier scenario. Some tips can be paid by simply adding something to a payment by credit or debit card. Others can still be made in cash if one has cash on their person.

The purpose of leaving a tip, which used to be to reward good or bad service, has also become a muddy scenario. In many instances, tips are now being requested before one even takes a table. It’s especially true in restaurants where orders are placed at the entrance. I find more of these eateries, like the deli we went to for my birthday. They asked for payment of the order, including a tip, before one takes a table. A patron then waits for the order to be delivered to it.

Spending Your Rebate: Our Ideas

What kind of service one gets is not given a chance to be graded in calculating the amount of tip to be left. The customer is not given the opportunity to express an opinion on the efficiency of the eatery staff. When the tip is required up front, I often wonder if the size of it has anything to do with the quality of service one gets at the table.

Younger people in growing numbers often do not tip. Just ask any Uber driver. They rarely, if ever, get a tip.

Technology has played a major role in the change in tipping scenarios. Today one can add a tip to a credit or debit card by simply adding it to the slip when they sign it. Others can flash the tip app on their smartphone and make a payment. Still, other eateries offer tablets on which one can select a tip quantity by pushing a button on the screen. Some servers even point out the desired button to push when explaining the technology to the customer.

One interesting thing that has surfaced in some studies of today’s tipping habits. When a customer is given the choice of a 15 or 18.5 or 20-percent tip; 8 out of 10 of them will pick the 20 percent figure.

Both my daughter and I traditionally tip in the 20-25 percent range. Probably because we have been there and know what the money means to the server. We generally leave it on the table in cash for our server.

Today, however, whatever money is left in a tip does not always go to the server. Depending upon state and local tax situations when money is collected through an electronic system, it must be recorded and reported as part of the income of the eatery. Depending on the local tax situation, it may be used to offset a minimum wage requirement and other business expenses.

Giving and receiving a tip has become as much a mystery to many of the servers and givers alike.