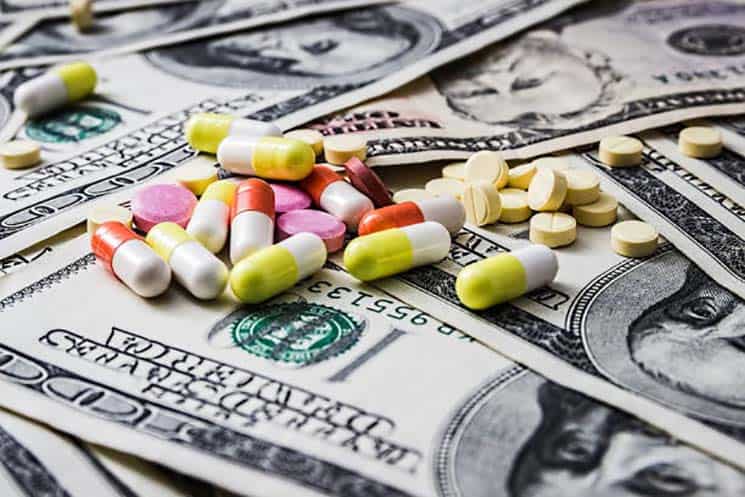 It may come as no surprise that the pharmaceutical industry is the most profitable business in the country. Americans pay far more for their prescription drugs than citizens of any place on Earth.

It will also come as no surprise that as a political issue, the high price of drugs has united both Republicans and Democrats. More than a million Americans now buy their medications in Canada.

And it’s no longer just older people taking buses across the border. Mayors and governors from Minnesota to Alabama are helping Americans get Canadian drugs by mail.

Such purchases are technically illegal. So far, the government has declined to prosecute individual customers or the cities and states involved. But the FDA – The Food and Drug Administration – has raised the specter of safety.

For more than a year, the FDA Commissioner, Dr. Mark McClellan, has been waging a campaign against Canadian importation. The FDA has also issued a serious warning that using Canadian drugs could be unsafe. Correspondent Morley Safer reports. How unsafe? How common are the problems for drugs that people are buying in Canada?

“Well, that’s the problem. We don’t know,” says Dr. McClellan. “Because we don’t have the authority to tell where these drugs have come from, or to monitor closely how they’re getting into the United States. And to make sure that the drugs that come in are safe, it could be a widespread problem.”

“That’s a lot of hooey. There is no reason that buying drugs in Canada is any less safe than buying them in the United States,” says Dr. Marcia Angell, who was executive editor of The New England Journal of Medicine for 11 years. She’ s currently writing a book on the secrets of the drug industry.

“The people who say you have to worry about the safety of drugs from Canada are imagining the way it was in the old days. That there’s a moat around the United States that drugs that are sold in the United States are made by only American companies. And made in this country,” says Angell.

Most of Pfizer’s anti-cholesterol drug Lipitor is made in Ireland. The same Lipitor that’s sold in both U.S. and Canadian pharmacies. Other familiar drugs like Zocor, Nexium, and Prevacid are the same as the ones sold in Canada. They’re much cheaper there because the drug companies must abide by Canadian government price controls.

“Oh, sure. Why else would they sell them in Canada? They’re not charities. Of course, they make a profit,” says Angell. The United States is the only industrialized country without some form of control on the prices of drugs. The U.S. also accounts for more than half of the industry’s profits.

In order to keep those profits up, the drug companies have joined the FDA in trying to shut down imports from Canada, and Canadian pharmacies are feeling the pressure. In one pharmacy just over the border, Americans account for 30 percent of its business. They were nervous about having 60 Minutes mention the actual name of the pharmacy.

“We’ve had several letters from the big multi-nationals, certainly threatening to cut off the drug supply very explicitly if you are supplying medications to U.S. patients,” says the pharmacist.

This pharmacy supplies drugs to municipal workers in the city of Springfield, Mass., through a program set up by former Springfield Mayor Michael Albano.

“Major pharmaceutical companies are saying, ‘We’re going to limit our supply. ‘ What does that tell you? It tells you that they want to keep the artificially high prices in America,” says Albano. “How brazen is that? It just boggles my mind that they can get away with this.”

When Albano was faced with a budget crunch last year, he had to lay off firefighters, police officers, and teachers. By arranging for 3,000 city employees, retirees, and family members to buy Canadian drugs, the city can make substantial savings.

“We can save anywhere from $4 to $9 million on an annual basis if I get everybody enrolled and everybody goes to Canada. And that’s a huge amount of money right now,” says Albano. “If I can save $9 million for my city and put it back, redirect it back into police and fire and to public education, it’ll make a world of difference. So it’s a huge saving.”

Does he do it himself?

“I do it for my family’s use. My son Mikey is diabetic. And we get his insulin and related products for diabetes from Canada,” says Albano, who saves that saves his family $250 a year because there is no co-payment. “And it’ll save the taxpayers who front 76 percent of the payment about $850 a year. So it’s a rather substantial saving for my family and for the taxpayers of Springfield. ”

“The American public is not buying that safety issue. The fact is that it is getting insulting for the FDA to say that. I view myself as a responsible father,” says Albano. “And I could tell you that I would not let my son inject insulin into his body three times a day if I thought there was a safety factor here.”

Mayor Albano concedes that casually buying drugs on the Internet could be risky, but says it was quite simple for him to check out his Canadian supplier, and challenges the FDA to do the same thing.

“The FDA has become a pawn of the pharmaceutical industry, that they are protecting those high profit margins. If the FDA wanted to put a plan together similar to what we’re doing in Springfield, that would be good for all Americans, they can do it in 15 minutes, relative to safety,” says Albano.

“We get all our medications from certified, regulated pharmacies in Canada. It’s no different than going to your neighborhood pharmacy. And it’s the exact same medication.”

So why can’t the FDA ensure the safety of products from Canadian pharmaceutical exporters – and make sure that it’s as safe as any product leaving an American company?

“Under current law, we don’t have the authority to ensure the safety of foreign-produced, foreign distributed drugs,” says McClellan. So what would motivate the FDA, which is not in the business of profiting from drugs, to put out an alarm about Canadian drugs?

“The influence of the pharmaceutical industry on our government is huge. And the FDA is a part of the executive branch of the government. And this is just the propaganda that’s put out to do the drug company’s bidding, to make sure that Americans don’t have access to cheaper drugs,” says Angell.

“Because then they’ll come to know what’s going on. And what’s going on is that these drugs, while they’re made by global companies all over the world, are sold in this country for about double what they’re sold for everywhere else. And that they wanna keep secret.”

“Our interest is in protecting and promoting the health of the public,” says McClellan.

Of course, the whole controversy over Canadian drugs would be moot if Republican Congressman Dan Burton of Indiana had his way. During the recent debate over the Medicare bill, he co-sponsored a provision that would have legalized bringing in Canadian drugs with safeguards.

But Burton says he ran into two brick walls: the drug industry and the U.S. government: “This is a perfect example, in my opinion, of where a special interest, the pharmaceutical industry, has been able to manipulate the Congress and the government of the United States to their benefit, and to the detriment of the American taxpayer and the American people.”

Since 1999, the drug industry has given more than 45 million dollars in political contributions, and it’s spent hundreds of millions more on an army of more than 600 lobbyists to work its will on Capitol Hill.

Congressman Burton says the new Medicare act makes it clear the industry got its money’s worth. He says billions of dollars are in it for drug companies in this new Medicare Prescription Drug Benefit.

“In the new Medicare Act, the federal government is specifically prohibited from negotiating prices with drug companies,” says Safer.

“That is unconscionable. The government of the United States negotiates prices in the Defense Department, in every area of government,” says Burton. “And here we are, going to spend billions and billions and billions and probably trillions of dollars on pharmaceutical products. And we cannot negotiate the prices with the pharmaceutical industry. That’s just not right.” In December, surrounded by members of Congress, President Bush signed the new Medicare act. Since 1999, these legislators have accepted more than a million and a half dollars in campaign contributions from people working in the pharmaceutical industry. President Bush alone has received more than half a million dollars.

But now, the new Medicare prescription drug benefit is being billed as a big victory for America’s seniors.

“You gotta be kidding me,” says Burton. “Seniors, when they find out what’s in that bill, are gonna be very angry. The problem is, they’re not gonna find out about it until after this next election.”

The plan started in 2006. Does Burton think that will reduce the attraction of importing drugs from Canada?

“Oh, I don’t think so,” says Burton. “Because even when you talk about the discount cards and the other things, you’re gonna find that seniors are gonna be paying, in many cases, more than they are paying for Canadian imports right now.”

60 Minutes contacted Bristol-Myers Squibb, Pfizer, Merck, Wyeth, Glaxo SmithKline, and Eli Lilly. None of them would agree to be interviewed. Safer asked Dr. Angell about the case the industry invariably makes to justify drug prices.

“This is a kind of blackmail. What they’re saying is, ‘Don’t mess with us. Let us charge whatever we want for our drugs. Otherwise, you won’t get the miracles,'” says Angell. “And the truth is that they spend less in R&D then they make in profits. And far less then they spend on marketing. And they don’t make that many miracles in the first place? The problem is, is that we’re no longer getting our money’s worth.”

Adds Albano: “The pharmaceutical industry is gouging the American consumer. There’s no other conclusion one can draw. And why should we, in this country, have to pay the highest prices in the world? Why isn’t the president doing something? Why isn’t Congress doing something? Someone has to wage this battle. So we’re prepared to do it here.”

Political pressure is building. Congress now plans to reconsider legislation that would legalize Canadian drugs. As for Dr. Mark McClellan, he is leaving the FDA and becoming President Bush’s new head of Medicare and Medicaid.