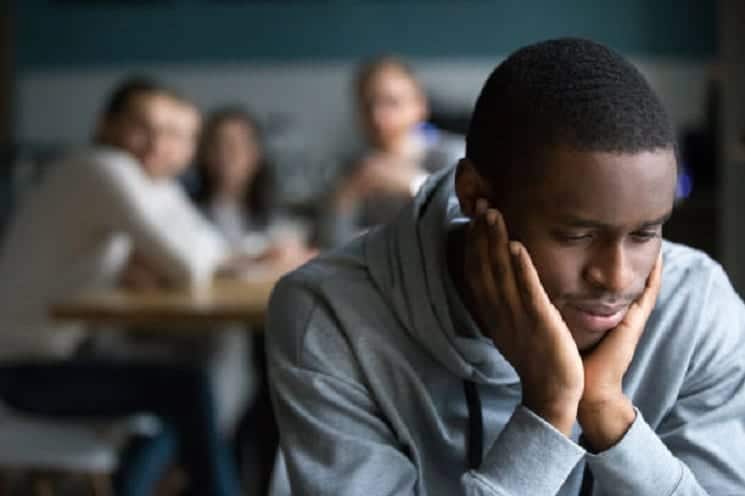 Ask my parents if they were prejudiced, they’d flatly reject the notion.

Yet I grew up in a house hating Jews, suspicious of Catholics, barely tolerant of “colored folks,” and so loathing communism and all things Russian that my father openly suspected his son of pinko tendencies based on my taking a comparative government course that included the Soviet Union.

Most of all, my father hated Franklin Roosevelt, whose first name I share. My grandfather was a Franklin, named after our 14th President, Franklin Pierce. To please my grandparents, my parents named me after grandad, a decision with which they were never comfortable.

Once, after graduating from a university paid for in no small part by my father’s sweat and thrift, I casually informed him that Roosevelt had saved capitalism.

You’d think I’d farted in his favorite Christian Science reading room! After this particularly offensive blasphemy, Dad stopped speaking to me altogether. Like so many father/son relationships of yore, it wasn’t a stretch; we seldom spoke anyway.

We had a stern father/dumb son relationship.

At the time I saw my father as a bigoted fool.

I myself had no prejudices. It was with my pure, prejudice-free voice that, as a college freshman, I carefully explained to a black man who’d graduated from my university years before – in fact, the first of his color to do so – that it was important that we as a country avoid interracial marriages.

So ashamed am I now, this is the first I’ve ever revealed this incident. To anyone.

Today one of my wife’s and my best friends are a mixed-race couple. Even saying that falls lame next to my words and thoughts of 50 years ago.

And that’s the whole point. We seldom recognize our prejudices until we’re through with them.

Here in Florida, I hear blatant bigotry daily. Just how dumb, crooked, arrogant, corrupt, lazy, inept, they-should-all-just-go-back-where-they-came-from (choose one or all of the above) are the Cubans, Mexicans, blacks, Anglos, Jews, gays (choose one or more). Listen closely and you hear most everyone hating everyone. Yet not one admits to prejudice.

Where does this stuff come from?

When I was 12, I got my first real job working after school and Saturdays clerking at the local camera store for 50¢ an hour. Once hired, I ran home with the good news.

Alarmed, my mother declared, “He must be a Jew.”

I’d never met a Jew before, and always imagined them different. Multi-headed, maybe. Certainly grotesque in appearance and character.

Auschwitz’s Lessons: Will We Ever Learn?

Actually, that was the day I learned about prejudice. If there was nothing wrong with Sam, then just maybe there was something wrong in my parents’ evaluation of Jews.

Haven’t you had such an epiphany? The result is that ours is perhaps a less bigoted generation than those of our parents and grandparents. It’s not that we’re wiser. Only that we live in more affluent times.

When the Germans, Irish, Chinese, Italians and the rest immigrated to this country, they took scarce jobs for less pay and were fiercely hated until assimilated. As a Kaiser during World War I, my grandfather had rotten cabbages thrown at him.

If growing older is indeed a time of reflection and the betterment of our souls, we must dare to examine our own prejudices.

Last week did you, as I did, cross the street to avoid a peaceful group of black teens?

And those boys saw it for what it was long before it bubbled to my mind’s surface. They were guilty of “standing around while black.” There was damage done between the races, bigotry between souls.

Next time, I hope to do better.

When I’m again in that position – and I will be, for that’s the way the Universe works with important personal issues – I hope to demonstrate the courage and consideration not to be prejudiced.

Think how good I’ll feel about myself. It’s not every day that you can make the world a little bit better.