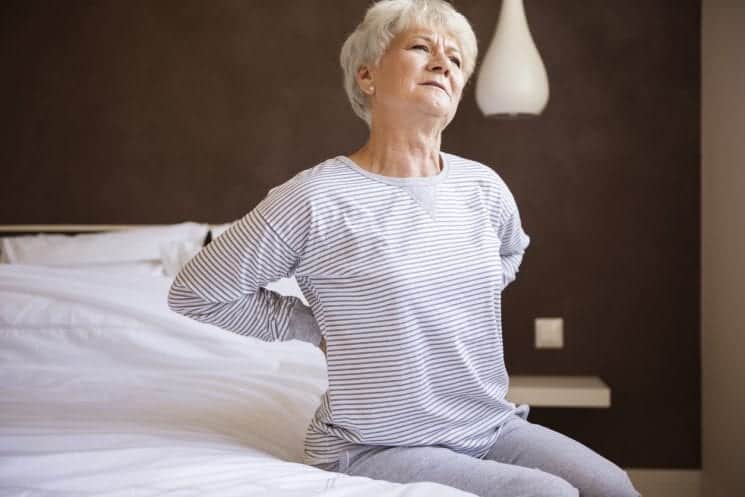 I remember being young and thinking the only thing old people talked about was which body parts hurt and which ones might be trying to kill them. And I swore I’d never do that. Turns out, I may need to recant all that youthful swearing.

In a frightening turn of events, I’ve entered my 60s and gained disturbing insights into aging. I no longer wonder why old people need moisturizer, love Velcro, place two feet on each step, wear multiple sweaters, and set off metal detectors at the airport. Holy mother of God, I really miss the cartilage in my knees.

Having slid into this decade five years earlier, my husband has been helping me navigate this new terrain. That is, he would be if he weren’t in the basement muttering bad words, trying to recall why he went down there. His purpose was to retrieve a lightbulb. I’m pretty sure he’ll emerge feeling victorious holding a roll of toilet paper. This follows our earlier game of Who Left the Stove On? The better question is when our children will force us into supervised housing for fear we’ll burn down their inheritance.

Until now, my main strategy for keeping intellectually sharp has been doing puzzles in the daily newspaper. At some point, though, I have to wonder whether crosswords and Sudoku will be sufficient for fending off a potential torrent of neurological decline. I don’t like my odds.

The word is out that I need an exercise routine. My daughter bought me a Fitbit, which revealed that on some days, I wouldn’t walk at all if I had a bathroom in my office. Contrary to my hopes, reading about nutrition and exercise has not transformed me into one of those show-offs who competes in marathons at age 60, so my new fitness goals are modest. I’d like to be able to get out of a chair without needing a dozen rocking movements to elevate my center of gravity. Is that so much to ask?

My first plan was to join a gym, but that required actually going there and doing stuff. So instead, I lifted weights at home while watching TV. Seeing no results after a grueling five minutes, I considered buying a yoga video; the kind where a supermodel poured into a bustier leads gentle stretches for old people seated in chairs. It’s not that I can’t get down on the floor. I wind up down there more often than I’d like to admit, but getting up requires hours of unseemly grunting and writhing. No one wants to see that.

This week brought new evidence of age-related decline: floaters in my eyes. I spent the better part of yesterday trying to remove a black hair (one of few I have left) from my glasses before realizing it wasn’t hair. Doc says it’s OK. My retinas are still attached, but how long before they too lose their resolve? Today’s intrigue is tiny black dots. Everywhere. My visual field looks like a gigantic Petri dish the contents of which could be weaponized to kill us all.

It would be easy to conclude that I’ve “let myself go” but there was never a conscious decision to surrender. More like my body was abducted, overfed, under-moisturized, and subjected to powerful gravitational forces before being rolled back home under cover of darkness. If I continue to widen, I may need a square casket, or worse, a great big cube.

On the plus side, I have a little more disposable income these days. That makes me a high priority for inventors and marketers. There’s one product that will catapult me upright from a Lazy Boy. Another one will glide me down a staircase strapped to a tiny seat. According to my mail, dozens of financial planners are eager for my companionship at free restaurant meals. It’s a good time to be a geezer.

Reverse Mortgages: What Are They, Who Benefits?

By far, the most irritating ads are those for reverse mortgages. Apparently, Henry Winkler has hit the skids and is spending his golden years taking us down with him. That’ll be a nice surprise for the kids, won’t it? No inheritance to fight over; the parents spent it all. Fonzie was a lot more fun when he was trying to sweet-talk the ladies out of something other than their home equity.

Other aging celebrities-turned-hucksters include Patrick Duffy who knows we’re all going deaf. Alex Trebek thinks we need life insurance. The latter is unlikely to succeed because we have a firm policy against being worth more dead than alive. My husband’s favorite is the actor who feigns glee at receiving a jumbo box of catheters in the mail. A similar indignity was suffered by June Allyson. Remember her? Poor June’s final legacy was a commercial for Depends.

Some days, it is decidedly difficult to be cheerful about getting older. Although, some things get easier with age. For example, I’ve honed my math skills by repeatedly calculating the odds of breaking a hip on snow and ice. My husband’s new superpower is propagating ear hair to compensate for his balding head (God help us if he starts combing it upward) and sprouting long wiry eyebrows virtually overnight.

Despite the ravages of time, there are important reasons to celebrate aging. We can sleep late, qualify for both the lunch price and senior discount when eating dinner at 4 pm. Our grandchildren will program our smartphones and appliances without suggesting that the devices are smarter than we are. And let’s not forget the most important reason to celebrate growing older. I can’t emphasize this strongly enough. We’re not dead yet. Mazel tov!

Mary Kay Jordan Fleming is a professor of developmental psychology at Mount St. Joseph University and the author of the winning humor essay in the Erma Bombeck Writing Competition 2016 and other essays published at McSweeney’s Internet Tendency, HumorWriters.org, SammichesPsychMeds.com, and BoomerCafé.com. You can buy Mary Kay’s books on Amazon.