Mexico: Just Another Day in Paradise 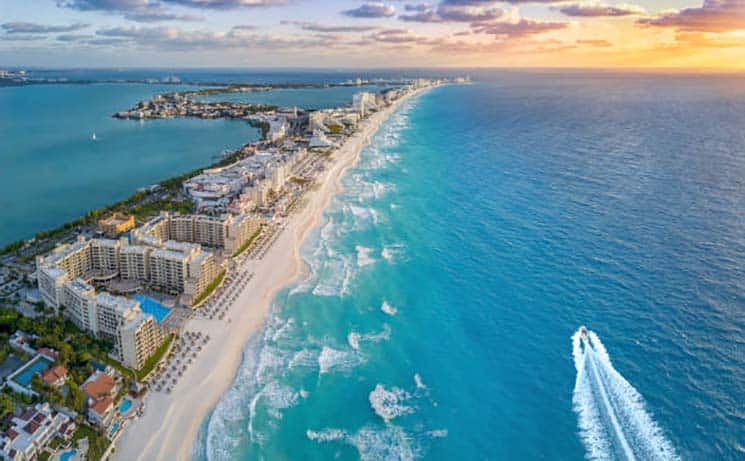 “Look again, José, and you sleep alone for the rest of your life.”

Once upon a time in a Mexican fishing village called Ajijic in the mountains south of Guadalajara, my housekeeper, Josefina, stopped sweeping the patio, leaned her hand-tied broom against the bougainvillea-covered casita wall, and nervously wiped her hands on her starched white apron, the apron with the colorful flowers embroidered in the corner.

In Spanish, she said shyly, “Señora, por favor, we make a request for the honor of you to come tomorrow to the confirmation of Fernando.” Fernando is her youngest son, the one I tutor in English. 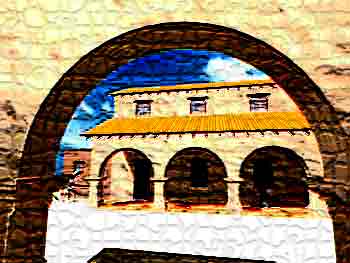 Arriving at church early the next day, I noticed that overnight, a fresh white paint had been applied to the front façade, but the side and rear walls remained as before, faded and peeling. I asked a passing friend, Tomás, about this curiosity. He shrugged. “Why waste pesos on paint for four walls, Señora, when the Bishop will see only the one in front?”

Tomás is the village Solver of Problems. He was awarded such a noble title because, when his aged mother, Maria, bought a stone house located at the corner of the local elementary school, she inadvertently inherited a terrible predicament: For decades, little boys had been relieving themselves on its cornerstone as they passed on their way to class each morning — a Rite of Passage, or what we might call a “guy thing.” No one could recall the origin of this seriously overrated tradition.

Amazon Adventures: Birth of an Eco-Tour

Maria, whose ancient back had become as curved as a question mark, was very unhappy. Due to the acrid odor coming from the cornerstone, no one walking by would be able to enjoy the succulent smells emanating from her cocina window. Maria was well known throughout the village for her delicious chocolaté molé. No one had ever tasted any better molé than hers. It was devotion to her customers that had turned her hands into gnarly knots and it had become increasingly difficult to hold a spoon to stir the chocolaté.

Although she had learned to compensate by spinning the spoon between her wrists, she was now faced with a new problem. If passersby were unable to smell the wonderful spices and chocolaté cooking on the stove, no one would come in to buy molé. Without any income, she could not survive and would be forced to give up the little stone house and move in with her children. Though she loved all her children dearly, she did not want to move in with them. She turned to her eldest son, Tomás, to solve the dilemma.

Though they all loved her dearly, Maria’s children did not want her to move in with them. Tomás assured his sainted mother that she soon would be free of the problem forever. He called upon his brothers and they worked into the night while Maria slept. The solution to Maria’s problem was, to Tomás, a simple one: Into the stone, they carved a shrine to the Virgin of Guadalupé. From that moment on, the cornerstone was regarded as a sacred place, a place where a boy should cross himself and bow his head in passing (or get swatted by his mother). And that is how Tomás came to be the village Solver of Problems.

In the church plaza, I also saw Eduardo the policeman. Some time ago, Eduardo and three other policemen with hungry families walked across the street and reluctantly robbed the bank. Riddled with guilt, Eduardo went to confession, then returned to the station and consulted with the other men. They returned all the money to the bank and arrested themselves.

Mexico Riviera Maya: Granny Gets her Groove On

After a week the villagers went to the jail and begged the policemen to release themselves. Why? Because every single villager was desperately needed in the church to pray to the Virgin of Zapópan for a long overdue rain to fill their depleted lake so they would have fish to eat. Eduardo and his men happily obliged. 40 hours later, it rained for six straight days and nights.

I stood in the church plaza with Tomás and Eduardo on the day of Fernando’s confirmation and we listened to a local band blaring military marches noisily anticipating the arrival of the Bishop from Guadalajara. The cheeks of the tuba player appeared ready to burst, even before his pants did. The florid bandleader faced his ill-dressed musicians, striving earnestly to keep the beat with a twig he used as a baton.

Clusters of men with nicotine-stained fingers leaned against the plaza’s wrought iron fence. Some were engaged in arm-waving conversation, others were smoking small cigars, laughing softly, listening to the music. The sun bounced equally off their newly polished shoes and their newly polished hair.

Families bunched up in the doorway of the church, distracted by last-minute clothing adjustments. “Pablo, straighten your tie,” said one mother. “Linda, the bow in your hair, it is falling out. Come here and I will fix it,” said another. “Ay, where is that Manuel? He cannot be late today of all days,” cried a distraught third. Babies were shifted to hips, toddlers to shoulders.

Inside the church, the pew I chose was near an uncurtained confessional, revealing the penitent within, a redheaded woman wearing an immodest red dress.

“Ay, did you hear that? That must be Lupe,” whispered one waiting penitent to another. They knelt not a foot away from the woman whose confession was being enthusiastically overheard. “She is wise to confess, that one is,” said the second, with a knowing look. “Everyone suspected her of as much.”

Choir mistress Garcia strode down the center aisle, once-stylish gray dress flying out behind her, heels clicking on the marble floor, strands of black hair flying loose from the pins meant to contain it. “Mis amigos,” she instructed, a benevolent drill sergeant, “you must move to the empty seats in the back. It is necessary to make room for the choir. To the rear, por favor.” All rose and quietly drifted to the rear, like a receding tide. That is, all but two, who appeared unmoored, who could not keep up.

A third woman abruptly cut ahead of them. She was Lupe of the red dress.

“Move aside,” Lupe hissed, clipping past the old ladies.

Squinting her eyes, Lupe pitched her purse expertly into the empty seat beside me, skimming the hair of the man in front, waking him. He rubbed his head and turned, glaring.

When the two old women shuffled up expecting to cram into the pew, Lupe blocked their entrance by shamelessly elbowing the first one and hip-bumping the second one into the aisle. “This is my seat,” she snapped.

I rose and stepped into the aisle to make room, and the old ladies pushed in, and sat plumply down, cheek wrinkling grins of satisfaction lighting up their faces. “It is God’s will for us to sit today,” one whispered, sweet as honey, to Lupe, whose brows met in a furious “V.“

Self-righteous onlookers stared at Lupe, seemingly pleased at her displacement. I got the feeling this was not her first encounter with irate churchgoers.

Since there were now no seats, I stood against the wall, but people in another pew squished together even tighter and nodded at me to join them causing the Quixote-thin gent in the end seat to now be completely compressed against the wall.

Hand fans were engaged in lacy combat with the high temperature. For some of the men, it rose even higher with the arrival of a nubile nymph in a white sweater. Although they managed to keep their heads facing front, I could almost hear their eyeballs clicking over to the aisle down which she was wafting. One wife said to her husband, “Look again José and you sleep alone for the rest of your life,” punching him so hard he made an audible sound.

The flow of newcomers continued with the arrival of the children and their families. I scanned the crowd and caught sight of Fernando, seated with his brother and parents. He had been scrubbed to a glow with yet another layer of shine added to his black trousers by Josefina’s iron. His parents were so proud of him that Mama Josefina could not stop smiling, and Papa Enrique’s vest buttons strained to stay in their hand-finished holes. He is the only man I ever saw who could strut while sitting down.

The professional musicians appeared, one with a violin bow sticking out of his back pocket, the edge of a wrapped sandwich out of another. Behind them, in crisp dresses and Papa-large suits, came the girls and boys of the choir beckoned forward by Señora Garcia.

The church bell began to gong, startling a squalling baby quiet. As the neighborhood band outside slowly drifted into silence one horn at a time, the collective heads of the congregation turned to face the sun filled doorway and the crucifix silhouetted there. Strains of sacred music filled the church. Next came the priests holding ornate candlesticks, followed by the mitered Bishop who had come along and dusty distance for the ceremony.

At the conclusion of the Mass, members of the congregation turned to their neighbors shaking hands with everyone. Everyone except Lupe. Her neighbors had conspicuously turned their backs to her.

But wait! The two old ladies she had tried to exile approach. With brows arched and lips pursed, each extends a hand to Lupe, in as regal a manner as Queen Isabella must have once extended hers to be kissed. Could the celestial music heard earlier have created such forgiveness?

No, it wasn’t the music. It’s just another day in this village – any village anywhere in the paradise that is known as Mexico.

Author’s Note: These tales are true and a composite of two Mexican villages, Ajijic, and San Miguel de Allende.