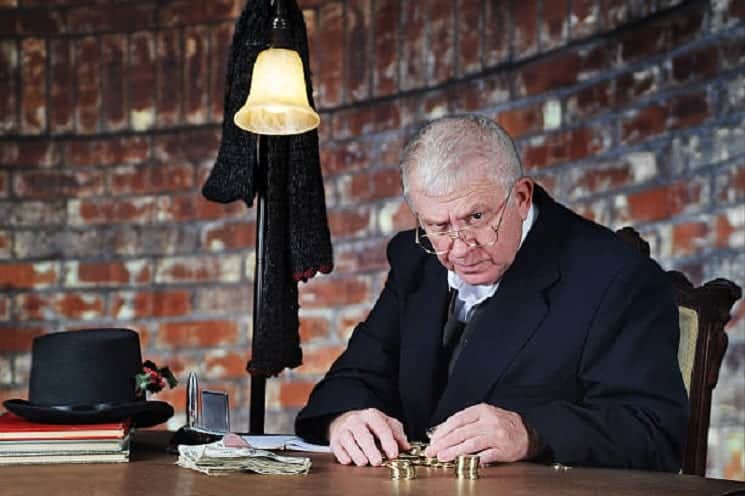 These days of so-called health care reform you can’t avoid newspaper headlines blaming greedy seniors for selfishly spending so much of our national budget on their healthcare. This column, written in 2006, shows that little has changed…

Greedy seniors get blamed for all America’s financial ills these days. What with gazillions of dollars going for Social Security, Medicare, and a host of other programs promoting greed and sloth among us old poops seems there’s hardly anything left for political pork, corporate welfare, and war.

Things were bad enough when getting old meant drained, disposable, and near dead. Now you can add desperado to the description. Apparently, we’re eating our young. Stealing from our grandchildren! Ask anyone in Washington.

Lavish federal generosity to Grandma is breaking this country. And it’s all your fault for living so long.

While most cultures treasure elders for their wisdom and experience, ours accuses us of sitting around in our stinky diapers, taking up space while filching its future.

The solution, of course, is to privatize.

Or, conversely, euthanize each of us as we reach 65. But since the mighty AARP would suffer a crisis in profits if they lost their base, privatization is the best bet.

Fortunately, today we have a window through which to see clearly what privatization entails. Medicare’s Plan D takes a perfectly good program and destroys it with confusion, obfuscation, and greed. Privatization means that most of us must pay more for pharmaceuticals than before this trillion-dollar program began, often for substitutes which don’t meet our needs, while adding billions in windfall profits to drug and insurance companies

Any way you look at it, it’s bad for our health and the health of our nation.

What I really don’t get is why, after paying into the Social Security system all our working lives, we seniors are deemed vultures when we choose to take what’s rightfully ours. I know. I know. The typical 65-year-old guy will get – read steal – $70,000 more over his remaining years than he put in.

Wasn’t that the deal? Live long and prosper – if prosper can be defined as about $900 a month, Joe Geezer’s average Social Security check.

America is a strong and wealthy country. If Congress would get its head out of the Washington greed bucket, we could expand Medicare to assure that every single American gets excellent healthcare.

We could go from our current and shameful 37th in the World Health Organization‘s rank of “overall health system performance” to first. And it would cost no more than we’re spending now at a time when some 45-million of us have no coverage whatsoever.

This is not rocket science. It’s simply putting common people before unconscionable corporate profits (and by so doing, eliminating employers’ healthcare costs would help keep jobs in the US).

Instead, Congress adds to our children’s debt woes, giving billions in tax cuts to the richest one percent of Americans. But rather than pointing the finger of treason at the fat cats, Washington is about to give them even more.

No, the Capital line is that it’s the lazy geezers who are driving this country to ruin.

Personally, I believe that greater American longevity is a reason for celebration, not scorn and reprisal. Seniors are an enormous, underdeveloped resource to this nation. We old goats have a wealth of wisdom, experience, and understanding.

Consider: America would not have squandered $683,482,393,822 (as of July 2009) on our Iraq adventure if President Bush had listened to his father, James Baker, and Brent Scrowcroft.

More important, we relics seem to be the only age cohort left that knows what democracy is truly about.

So please, stop laying this guilt trip on us. Give us peace to continue to work, to volunteer, to do our best to make America again the country whose values are admired, respected and aspired to by the entire planet.

And give us credit at least for caring.