Great Parks of the Southwest Tour 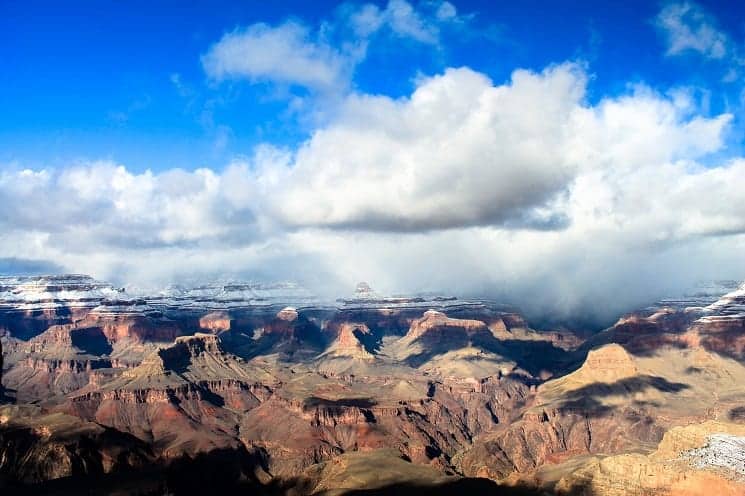 As I said in my last article, this is the time of year people are planning vacations. Some look for summer vacations and others look at September/October tours when the kids are back in school. If you are looking at National Parks, one of my personal favorites is Yellowstone and Glacier. Summer is the best time with the weather becoming so unpredictable after Labor Day. Yellowstone is still good in early September but by mid-September Glacier is closing and can be cold and wet. (I will tell you a little more about this tour in an upcoming article). 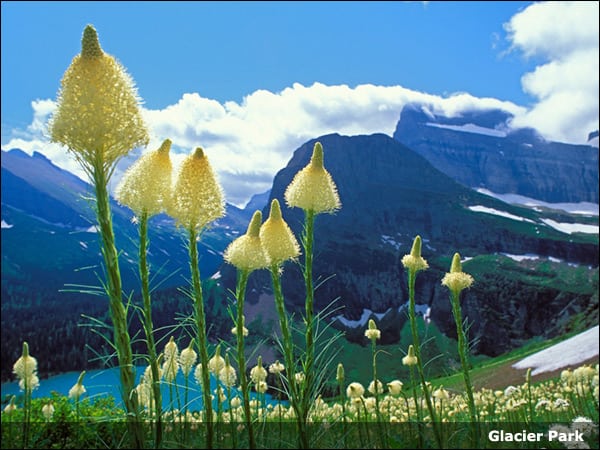 The end of September, however, is the perfect time to take the National Parks of the Southwest tour. Temperatures in the desert are finally cooling down. And, don’t forget New England in the fall. I discussed “Rails and Sails of New England” in a previous article so be sure and check that if it interests you, as well as other New England trips, like “New England in the Fall” tour that VBR (Vacations by Rail) offers. 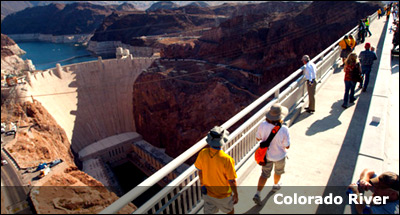 Some people will look at a tour company’s itinerary and use it to make their own personal trip. There is nothing wrong with that, except when you go to those areas at peak season. Many times you will find the good hotels have no vacancies. And, tour companies get discounted rates for hotels and attractions, which you can’t get on your own; all good reasons to choose an escorted tour. Personally, I love escorted travel (although it’s not for everyone), because everything is taken care of for you plus you learn things you would never know traveling to those areas on your own. One time our motor coach drove across a “new” bridge on the Colorado River and as my travelers and I walked across the “old” bridge, I told everyone the history of the bridge we were walking. A lady said to me, “we traveled over that new bridge with our grandchildren a couple of years ago and saw this old bridge, but I had no idea this older bridge had so much history.” 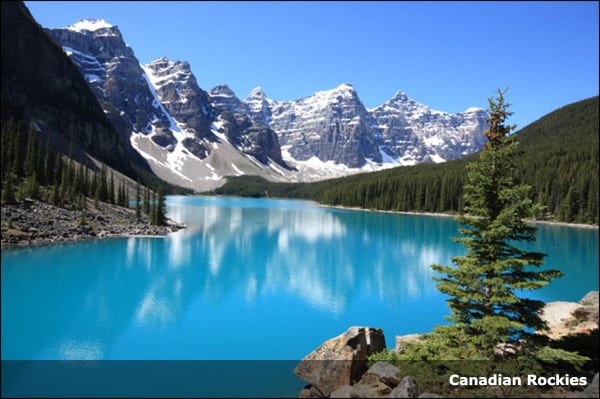 Many tour managers do the same tour all summer long or several times year after year and learn a lot of little things the average person would never learn. One time I took my company’s (Mayflower Tours) Canadian Rockies trip. I would have paid so much more on my own and I wanted someone with all their knowledge of the area to tell me about it, so I wouldn’t miss a thing.

Another question I am constantly asked since I conduct tours all over the US is “what is my favorite tour?” That is a tough question because although I do have some favorites, many times it depends on the time of the year. I love DC in May or October when the weather is pleasant. I don’t like Cherry Blossom time because of the crowds and half the time the blossoms are gone and it can still be cold. I also did that tour over the 4th of July once and I said: “never again.” It was 110 and humid in the shade! New England in the fall — late September to early October — is a beautiful time, and you can’t beat the Pacific Northwest in July & August. 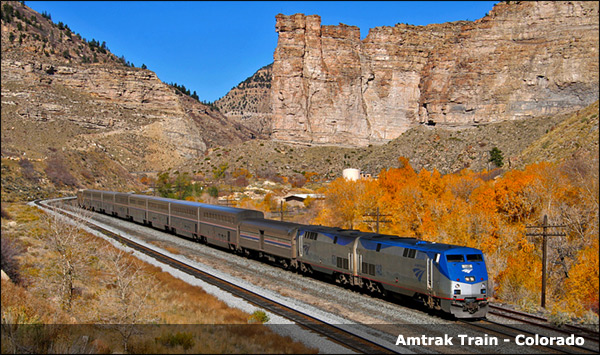 And, of course, anywhere south in the winter or early spring is a good choice.

Lately, I have been doing quite a few tours in the summer/early fall for Vacations by Rail. There are always ups and downs when traveling by Amtrak (as my previous article mentioned) but if you are aware ahead of time what might happen, it still can be a fun experience. You can find a list of Vacations by Rail tours online. They will set up a tour for you with tickets, etc. if you want to go on your own or they have many escorted tours all over the US and Canada for you to choose from.

This article and the next one, I would like to focus on some of my personal favorites. If you are interested, you can check them out, since I know there is still some space available. 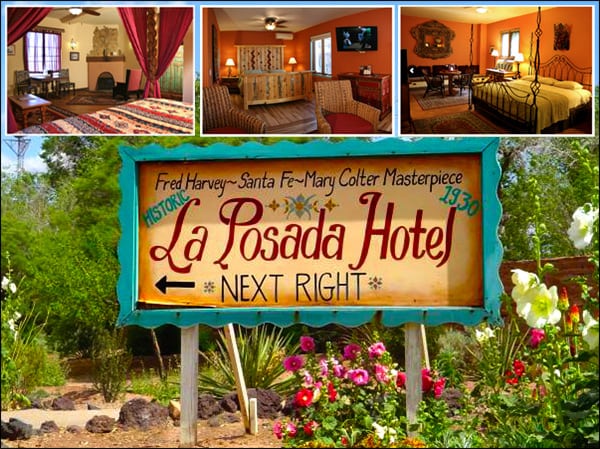 First up (and in no particular order): Great Parks of the Southwest.

On Day 1 you meet your fellow travelers at Chicago’s Union Station and board the Southwest Chief that afternoon. After breakfast the next morning, it’s time for the buttes and mesas of the desert, as well as, the imposing Raton Pass, reaching an elevation of 7,834 feet. As you cross into New Mexico, you follow the Santa Fe Trail, with a stop at Albuquerque where you can walk around and look at the jewelry the native vendors sell on tables by the tracks. After dinner, the train stops at Winslow (“Standing on the Corner in Winslow, Arizona”) where we stay at the famed La Posada Hotel (actually the train stops in the back and we walk right into the hotel. What a fun place; done up in Southwest style. This hotel was almost lost to history but some new owners recently restored it to the way it was in its glory. Many movie stars stayed here in the 30’s and 40’s and Howard Hughes even built an airstrip in town. Each room is named after a famous star who visited there & I stayed in the Jane Russell room. 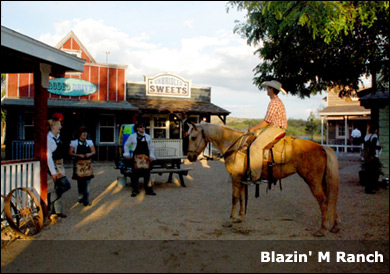 Then it’s on to Sedona, the second most visited tourist area in Arizona. There are three big sites for spiritualists and vortexes in the US and this is one of them. Can you guess the others? (Clue: one is in Colorado and the other in California). A highlight of this day is a scenic rail excursion aboard the Verde Canyon Railroad. The 3 1/2 hour round-trip excursion aboard this tourist train will take you through Arizona’s “other” Grand Canyon. And finally that evening we enjoy a chuckwagon supper and live Western stage show at the Blazin’ M Ranch. 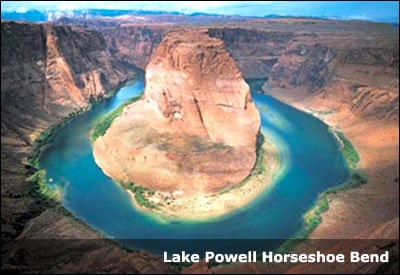 Day 4 it’s off to the south rim of the Grand Canyon, seen by more than five million visitors each year. After several stops, we then travel to Lake Powell for an overnight stay. The resort is located near the Glen Canyon Dam; an impressive structure only 16 feet shorter than Hoover Dam. The next morning we take a boat ride on the lake, the site of many movies, including several biblical movies and the Planet of the Apes franchise.

One time I had a traveler tell me they didn’t think it could get any better than what they had already seen. However, they were blown away when each of the continuing days did indeed become more and more awesome. 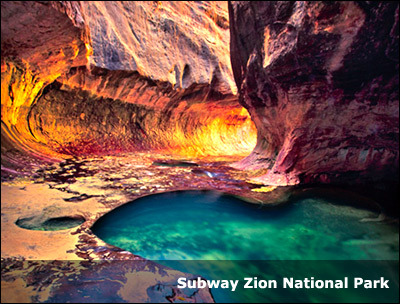 Now it’s time for the National Parks and it doesn’t get much better than this. First up, Zion (another favorite of mine) with its canyon of towering red and white sandstone cliffs. After an overnight stay in this area, it’s on to Bryce Canyon the most colorful of the Nat’l Parks. There are “hoodoos” of 50-60 different colors of orange and it’s hard to tell if this place is more spectacular in sunlight or on overcast days. 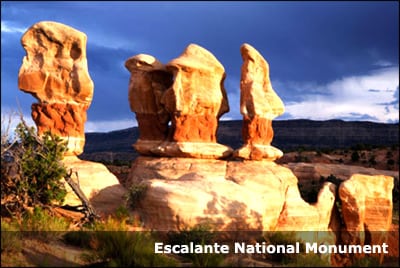 From there we continue through the Escalante National Monument (made a national monument by President Clinton to keep the coal and other mineral miners from destroying this area), with an overnight near Capitol Reef National Park. This park is named for the natural attraction’s appearance as the white domes and cliffs resemble the U.S. Capitol Building. 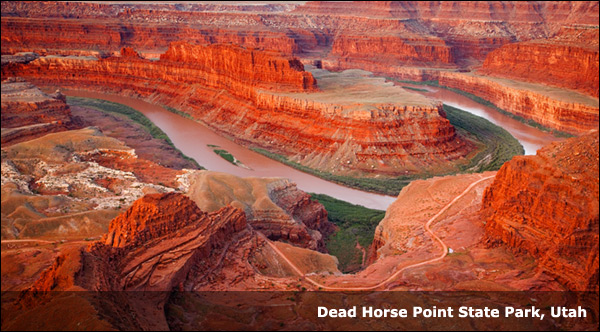 Leaving Capitol Reef it is on to Dead Horse Point State Park featuring 2,000-foot sheer cliffs and an overlook of the Colorado River and Canyonlands National Park. If you ever saw the movie “Thelma and Louise” the car going over the cliff was filmed at the Dead Horse State Park lookout. 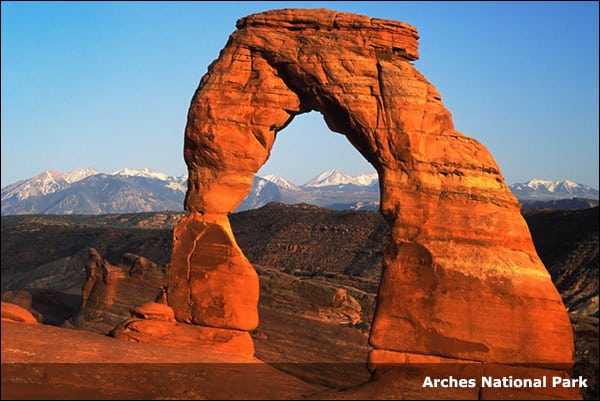 The next two nights are spent in Moab home to the most famous of the Utah National Parks (at least as far as their license plates advertise) — Arches National Park. After a picnic style lunch, we round out the next afternoon with a float trip along the Colorado River as we are surrounded by the towering red cliffs along the river bank.

It’s still not over… on the morning of Day 10 we transfer to Grand Junction, CO and board the most scenic of the western trains — The California Zephyr. All day long the breathtaking views of the Rockies make you wonder which side is best for sightseeing.

Is it no wonder, I love this tour? Maybe the Great Parks of the Southwest will beckon you, too. 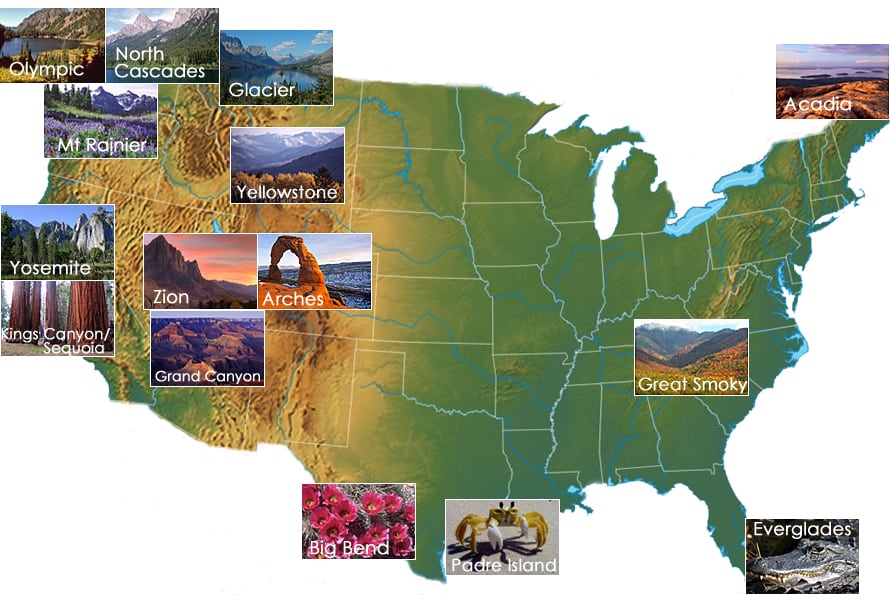