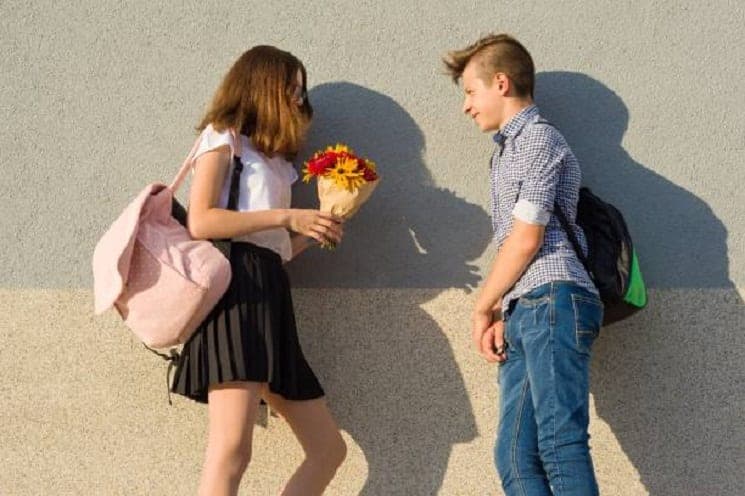 Recently, I wrote that a man remembers his first car far clearer than his first date, first kiss, first anything else.

I may have been wrong.

My very first date was in the era of milk delivered in glass bottles to back doors everywhere. Washing machines had wringers. We chewed Black Jack, ate little wax coke-bottle-shaped containers with sugar water inside, and licked S & H Green Stamps for Mom.

My first date’s name was Naomi Bump. She was a fellow seventh-grader, a beautiful girl with one glass eye. She was taller than I, certainly more mature physically and emotionally.

It was one of those “Girl’s Choice” dances.

Instead of all us kids showing up at the dance helter-skelter, then awkwardly splitting up with the boys on one side and girls on the other, this night we were expected to “stick with the one that brung you.”

This was a first for most of us.

I think Naomi asked me to the dance because our parents were members of the Park Ridge, Illinois, Christian Science Church. Her old man probably figured that since I’d gone to Sunday School there, I’d have sense enough to do the right thing.

Boy, was he wrong! 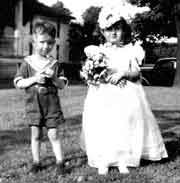 In the late ’40s, the Bumps, like many parents, still didn’t have a car. It was perfectly acceptable for Naomi and me to ride our bicycles from our separate homes to the junior high where we’d meet for the big dance.

Dress was casual. I wore pretty much what I wore every day: noisy, hand-me-down corduroy pants with suspenders that were often snapped, a shirt that had long warmed the back of my cousin, Jim, and shoes my Uncle Dale wore when he was my age. No Adidas. No Nikes. High-ankle P.F. Flyers were as stylish as it got in those days.

I don’t recall what Naomi wore. I do remember a corsage she made for me from hard candy stuck on a stiff red cardboard heart – Was it Valentine’s Day? – with jelly beans strung together, and red licorice cut and folded into roses.

I was not smitten, just embarrassed. Only after I saw the other boys wearing equally bizarre candy stashes would I pin mine on.

Should I Kiss Her?

We “danced” to piano music. “The Farmer in the Dell?” Who knows? I’ve spent 55 years attempting to forget this particular evening.

I do remember both of us trying to make the best of it. Naomi’s glass eye glittered, eager for my attention. And as the girl already had well-developed breasts, I had nowhere to look except at our feet or the ceiling.

Finally, mercifully, it was over.

Now, I didn’t know much about dating, but I knew that the person asking took the asked person home. That’s the way it was when guys asked girls; I assumed it worked the other way around as well.

We biked back to my place. There we stood outside, silent and awkward, wondering what to do next. It had been raining, and my fenderless bike had striped me front and back.

I just wanted to go in, out of this sea of embarrassment.

After a gawky few moments – Was I supposed to shake her hand? Or worse, kiss her? – Naomi biked out from my neighborhood, alone. It was after 10 p.m.

I quickly wiped the stripe from my face and went to bed.

The phone woke me. I overheard my father saying, “Yes, he’s here.” Pause. “He didn’t?” Pause. “Are you certain?” Pause. “When did you call the police?” Pause. “We’ll start looking immediately.”

Dad and I immediately began a two-hour search-and-harangue mission. Turned out Naomi was home, safe and sound, by the time we started looking.

The next day, Naomi and I passed in the hall. Faint, distressed smiles were exchanged. We both just wanted to die.

My second date wasn’t until well into high school.