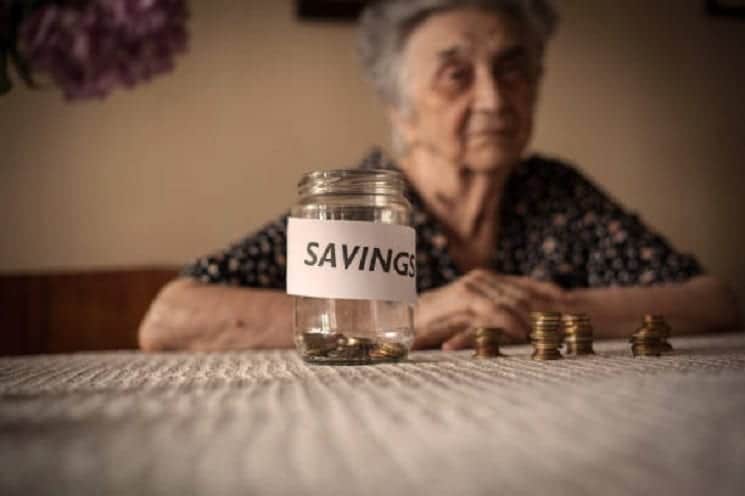 Our friends at AARP recently asked a bunch of older Americans if they wanted to be wealthy, and guess what? Most of us said no.

Asked if they’d like an extra million dollars in their lives, thousands seemed to shout, “Don’t dump any of that filthy lucre in my life!”

Of our World War II generation, just 38 percent said they’d consider being stinking rich. The rest are content with what they have.

In my particular cohort – The Silent Generation – 58 percent of us allowed that we’d accept being wealthy – but that doesn’t mean we’d like it. The rest of us, an amazing 42 percent, are perfectly happy with just the buck forty-nine we find right now in our pants pockets.

In fact, according to the survey, most all of us believe that too much money stirs up greed and arrogance, conceits floating just below that genteel surface of the best of us.

Looks like if Regis Philbin has to depend on the senior audience to watch his Who Wants to be a Millionaire?, he’d better keep his day job.

We Americans have always been ambivalent about the godly greenback. Especially as we got older and – may I say it? – wiser.

While today’s kids right out of college feel that it’s their God-given right to earn a six-figure salary in a dot-com job with stock options and a sign-on bonus of at least a new BMW convertible (silver), pollsters would find most of us at the other end of the work spectrum have never had such temptations, and, if offered, would just as soon have a four-door Buick (dark blue).

“The old myth of the greedy geezer doesn’t hold up,” the editor of AARP’s Modern Maturity magazine was quoted about the survey in the St. Petersburg Times. “Americans have a love/hate relationship with the almighty dollar. We love what it can do for us, but we fear what it can do to us.”

Sounds good in theory. But editors talk funny, you know, often waffling a kind of Orwellian doublespeak they hope you mistake for enlightenment. Truth is, every single senior citizen at a recent AARP convention I spoke to about sudden wealth said, “Bring it on! I can handle it!”

Seems to be a huge disconnect between the survey and my real world.

Example: Asked what they’d do if they suddenly won a million bucks, 70 percent of those surveyed by AARP said they would mainly use it for family and friends, charity, savings and paying off debts. Just 7 percent said they would use it for travel or purchases. More than half of these respondents had household incomes below $50,000 and a quarter of the respondents said they too broke to afford needed health care. Yet, they would spend their windfall so wisely, so unselfishly.

Where did AARP find these people?

When I did my own little survey, 100 percent of the respondents said that upon winning a million bucks they’d: 1) Quit their jobs; 2) Tell off their bosses; 3) Tell off everyone else; and 4) Travel around the world (or at least to DollyLand in their brand-new yellow Caddy convertible, one with a five-tone musical horn).

Here’s what I think.

AARP ought to redo the survey, only this time actually hand each respondent a million bucks, then stand back and see what actually happens. I’ve got a hunch that my survey’s a lot closer to the truth than theirs.

And, in the spirit of such selfless scientific research, I hereby volunteer to take the first million.