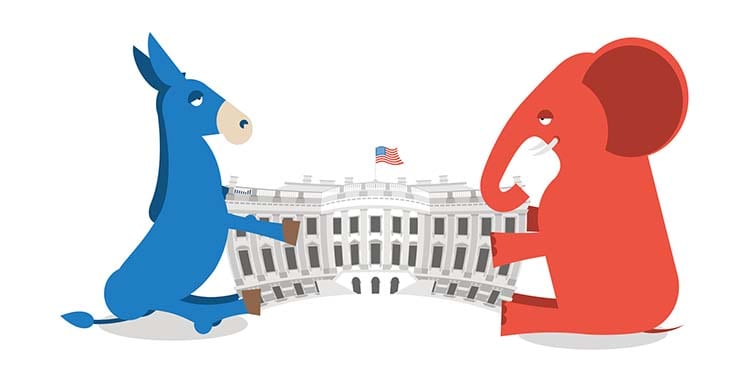 People looking for bipartisanship in our national leaders need to look no further than our nation’s capital. There the members of Congress we have elected have wholeheartedly agreed on only one thing: spending.

On every other thing, they are always in disagreement for a multitude of reasons. They have reached the point of putting many comedians out of business. If you want humor today, all you need do is turn on the political news.

I spent a lifetime covering politicians as a reporter after coming from a political family. I still have difficulty believing any of them.

The most truthful thing a politician ever told me was from a county commissioner.  He explained to me why he voted to fire a county administrator.  “He lied when he didn’t have to,” the commissioner exclaimed; adding that there were simply times in politics when it was necessary to lie.

I believe his attitude has reached pandemic proportions in our Congress.

We’re a nation politically divided and somewhat at a standstill over protecting our borders. Garbage piles up in public places because the workers are on furlough. The debate over the issue goes nowhere. The opening of the 160th Congress was replete with wasted dollars.

Take for instance the swearing-in of new members. They were dutifully sworn in during a proper formal ceremony held privately before the House and Senate opened for business. Then, once both chambers were open, the new members were called to the well of the houses. They were sworn in with smaller groups in a fake ceremony. It was held only to provide photo opportunities for congressional members to use in future political campaigns.

I know that sounds like a small expense compared to other things our lawmakers throw money at. It is the deception of the act that typifies the bipartisanship spending attitude of our political leaders.

Nowhere have you heard any serious talk about balancing the national budget or reducing spending. All of this neglect exist during a time when we are mortgaging the country at an ever-increasing rate.

You will hear politicians talk about reducing spending in one area to offset the cost of new spending in another area. It’s all balderdash. I call it the 10X complex of political thought.

They may promise to reduce spending over a 10-year period. Or decrease it to an amount equal to what they will spend on a new project. Politicians want us to believe they are keeping things in balance. But the truth is it never works that way. They may make a reduction for a year or so. By the third or fourth year, it has disappeared from cuts in other appropriations and the deficit continues to increase.

Democrats, Independents, and Republicans all bask in this shameless bipartisanship glory. It’s like they don’t believe we people out here in the hustings recognize what is going on.

Many of us do. While our Social Security checks, for which we paid many years into a fund to finance, are increasing less than 3 percent annually. Our dollars devalue at a higher rate, which is something we seniors feel.

It’s the continued effect of operating the country at a consistent monetary deficit; one that piles up national debt more rapidly each year that reduces the value of the dollar we hold on any given day.

In continuing this practice, our Congress has displayed its bipartisanship and shows no intention of changing its course.