Auschwitz’s Lessons: Will We Ever Learn? 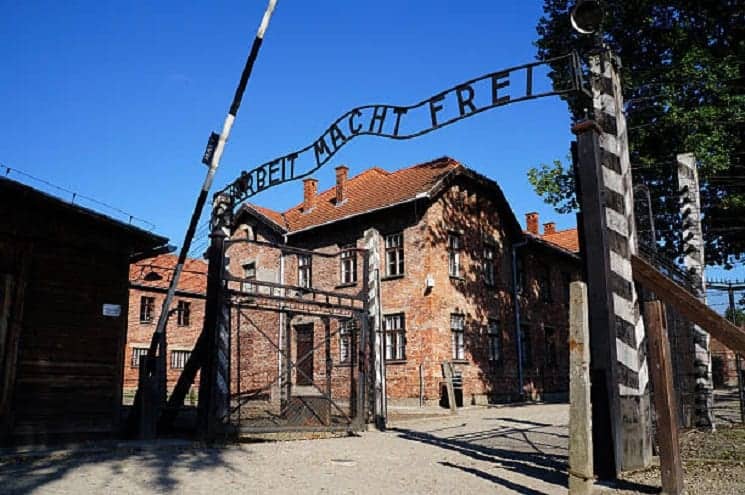 It is the 60th anniversary of the day the killing stopped at Auschwitz.

Where are the words to adequately describe this deliberate horror, this factory of death where 1,600,000 Jews, Poles, Gypsies, homosexuals, POWs, the disabled and the disdained were systematically murdered one by one by one?

Most of us learned of this evil place through grainy black and white newsreels at our local movie theatres. We saw and instinctively turned away. Skeletons walked, dull eyes gazed accusingly at us. 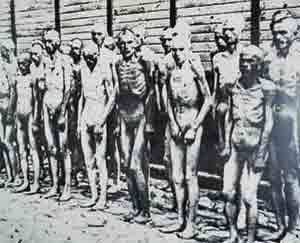 Beyond humiliation, starvation, and God Himself, these living dead testified in lurid silence recounting mans’ long history of inhumanity to man.

I was nine. Shocked, horrified and bewildered, I wondered, could a nation, a world, allow this to happen? Where were the good people? Where was God?

Many of us refused to believe our eyes.

Elie Wiesel, in his personal memoirs of Auschwitz, writes of an early camp survivor who returned to Wiesel’s village and was branded a madman. “I have been saved miraculously. I managed to get back here from my death to warn you. And see how it is, no one will listen to me…” Two years later all were either dead or working towards death in the camps.

Auschwitz: The Place Where No Birds Sing

For 55 years I pondered the calculated annihilation of 11 million humans in Hitler’s camps.

Then I visited Oswiecim – the Polish name for Auschwitz. It is, in fact, not one camp but two: Auschwitz I, originally a Polish officers’ garrison and, two miles away, Auschwitz II, called Birkenau. Bigger and far more efficient, Birkenau was a place of the killing and burning of 12,000 souls a day.

Even today, this is a place where no birds sing.

Forty miles away, some of the earliest victims were collected from the large community of Jews in Krakow. Sixty-five years later, that most charming of cities still claims over 400 synagogues. But now only 200 Jews remain.

Very quickly men, women and children, families from all over Europe, were being taken into “protective custody.” Herded into small windowless cattle cars, 120 to 140 at a time, without water, food, or even straw – a bucket for a toilet – their cries for mercy ignored by fellow countrymen.

Days later, survivors disembarked just outside the gate where they passed under those infamous words “Arbeit Macht Frei” (Work Makes You Free) on their to either a quick death or, for those young and fit, a short life of labor and degradation, starvation and disease.
After all, someone had to sheer the hair and pluck the gold from the mouths of the dead. Even Dr. Mengele needed help with his loathsome work.

Auschwitz, the place of “Schindler’s List,” Anne Frank and Elie Weisel, is at once peaceful and stunningly grim. Even the most insensitive visitor must smell the death and hear the screams of those now remembered only by their silence. 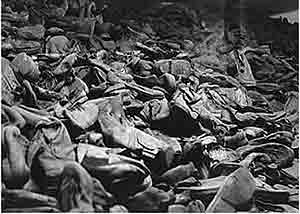 In Barracks 4 are rooms behind glass where visitors see huge piles of shoes and eyeglasses, each pair confiscated from someone’s mother, cousin or child, artificial limbs and crutches and hairbrushes, gold teeth and ragged suitcases, each once packed with hope and cherished memories.

I watched as an American mother instructed her young son to sit in one of the three crematorium chambers at Auschwitz I. Looking more like a pizza oven than an appliance that incinerated 350 bodies a day, the boy took his place in the oven’s grim mouth, smiled broadly for a photo, then jumped out and skipped away.

This is where philosophers want to quote Santayana. But it is not merely remembering the past that will save us from its repetition; we must internalize and understand it as well. Without this, we have unending Dresdens, My Lais, and Abu Ghraibs.

In one bloodstained barrack I stood behind a group of about 25 Americans, most wearing yarmulkes, as their English-speaking guide described horrors beyond imagination. Suddenly, a middle-aged woman in the group turned, pointed at me, and yelled, “He doesn’t belong with us!”

The guide, embarrassed, said that it was all right with her if I wanted to listen and learn. But she’d leave it to the group. “Tell him to go,” another shouted. “He is not one of us.” Then by a show of hands, I was unanimously exiled.

My thoughts screamed: This is how it all started, what this place is all about! Have you learned nothing?

Stunned and sorrowful, I turned and quietly walked back into a past forgotten.