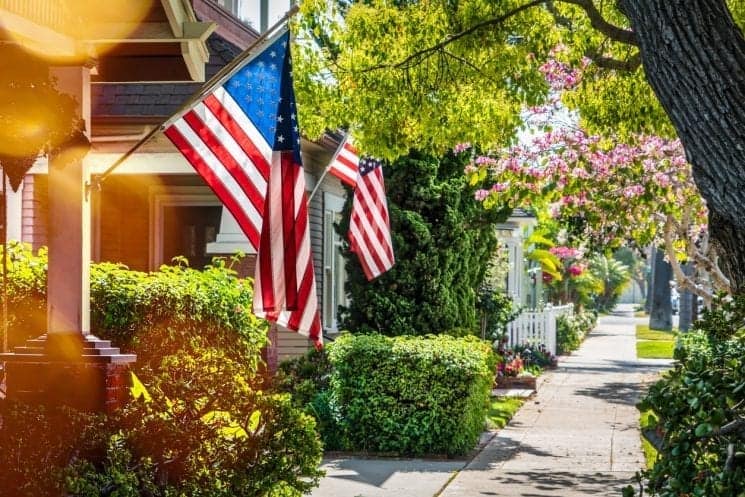 A Pew survey published three years ago reported that 60 percent of those surveyed, who identify themselves as “Solid Liberals”, are not proud to be American.

The Pew Research survey found that just 40 percent of so-called Solid Liberals “often feel proud to be American” while “60 percent say that characterization does not fit them.”

These Solid Liberals apparently are not dealing out of ignorance. Fifty-two percent of them told Pew they had college degrees and 21 percent said they held graduate degrees. Whether they ever took a course in government or economics was not disclosed.

Conservatives who participated in the survey showed more pride to be Americans. Between 81 and 72 percent of them, depending upon which end of the Conservative scale in the survey they identified themselves.

I don’t believe, in spite of a change in presidents, that much has changed in the characterizations Pew found in 2015.

Revocation of Independence: Letter to US Citizens

Personally, I don’t understand how anyone who is a citizen of this country can’t be proud of it. Maybe they have never traveled and seen other parts of the world. Maybe they lend a deaf ear to the fact that regardless of how one may describe this country, people from around the world are still trying to get into it to better their lives.

I wouldn’t be here today if my mother had not immigrated to this country as a child in 1914 from Switzerland, legally and under the old quota system. The attraction of this country to the rest of the world is nothing new.

I don’t know just where I would classify myself on the Liberal-Conservative scale. I have, since having served in the military when Dwight David Eisenhower was our Commander-in-Chief, subscribed to a philosophy Eisenhower described as “the compound, overall philosophy of Lincoln: in all those things which deal with people, be liberal, be human. In all those things which deal with the peoples’ money or their economy, or their form of government, be conservative.”

I occasionally take one of those little quizzes that circulate on the Internet. They are designed to tell us where we stand in political philosophy. My results invariably end up as someone they generally describe as a “centrist libertarian.”

I really have no idea what that is and looking back on all the men who have followed Ike into the Oval Office. I can only reflect that Ike’s so-called conservatism would be more liberal than most self-described liberals are today.

Yet Ike never lost his pride in America. It makes me wonder what today’s liberals really expect or want out of this country. 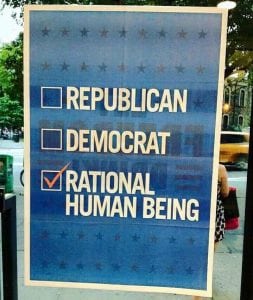 Luckily neither the liberal of the far left nor the conservatives of the far right represent a majority in this country. Pew identifies those who claim to be “Solid Liberals” as making up only 15 percent of the general public and 17 percent of registered voters. Those of us who identify ourselves as political independents account for about one-third of those qualified to vote.

I have great faith in our political system. Our founding fathers knew a bit about what they were doing when they put it together. The system they put together has a great ability to right itself from its extremes over longer periods of time.

I am thankful that this country is not run by an aristocratically controlled parliamentary democracy. We’re not blessed by a more-or-less-benign monarchy, as are our British cousins. If you don’t believe it, spend a day talking to three young English professionals in their 30s. They have progressed as far as they can go. Their professional career is stagnant due to England’s archaic caste system. I’ve done it. Ditto for young well-educated Japanese.

The Progressive Story of America

Even though people bash our media for its biases, we still have freedom of the press. For that, I am grateful. We can speak our minds without fear of retribution.

I have a tendency to chuckle at those in our nation’s capital who believe they have risen above us. They have been anointed to a leadership that is exempt from the laws by which the rest of us are governed. In time they have a way of unraveling themselves.

By sheer luck of the draw, I was born in this country. More freedoms than can be found under any other government in the world were bestowed upon me at birth. Travel to other countries and spend some time away from the tour guides. You’ll learn that we live a pretty unfettered life. We’re pretty well taken care of in our times of need just by virtue of our citizenship.

Yes, I am proud to be an American, always have been, always will be.

Those who aren’t are always free to leave and seek their dreamed-of Utopia in some other country. I wish them luck!