Alzheimer’s and Other Senior Dementia 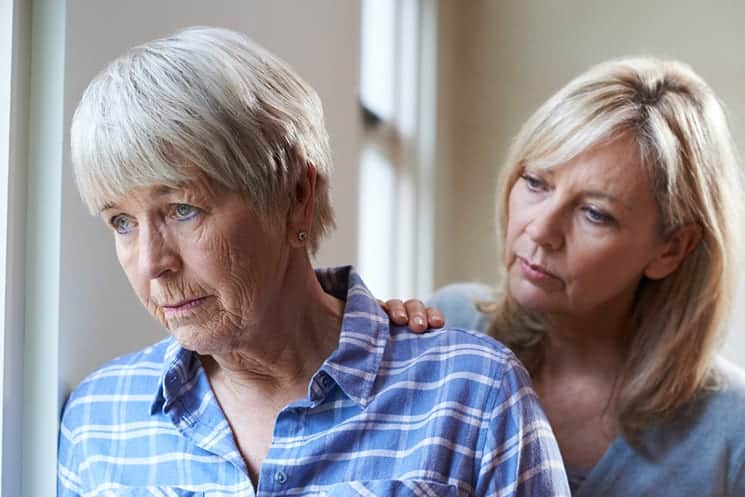 For eleven years, I begged my obstinate elderly father to allow a caregiver to help him with my ailing mother. She needed full-time care after a massive heart attack, but he adamantly insisted on taking care of her by himself. Every caregiver I hired lasted about three days and then I’d get the familiar call. “Jacqueline, I just can’t work with your father. His temper is impossible to handle. He screams and yells and stands over me–and he won’t let me do anything. I don’t think you’ll be able to get him to accept help until he’s on his knees himself.”

Growing up my father had always been 90 percent wonderful, but that 10 percent of a raging temper was a doozy. He had never turned his temper on me, but then again, I’d never gone against his wishes either. When my mother nearly died from his inability to care for her, I had to step in and risk his wrath to save her life; having no idea that in the process it would nearly cost me my own.

I spent three months feeding my mother every bite of her meals and nursing her back to relative “health” in a convalescent home. My father yelled and repeatedly threw me out of the house for trying to help. I was stunned to see him get so upset over the simplest things. Even running the washing machine could cause a tizzy. There was no way to reason with him. It was so heart wrenching to have my once-adoring father turn against me. He’d never laid a hand on me my whole life. One day he choked me for adding HBO to his cable package, even though he had eagerly consented to it just a few days before. I have never been so devastated in my entire life.

When I took him to his doctor, I was astonished that he could act completely normal when he needed to. I couldn’t believe it when the doctor looked at me like I was the crazy one. Much later, I found out that my father had told her not to listen to anything I said; because all I wanted was his money. (Boy do I wish he had some.)

It was a Catch 22: I couldn’t leave him alone with my mother, because she’d surely die from his inability to care for her. I couldn’t get the doctors to believe the horrors because he was always completely normal and sane in front of them. I couldn’t get medication to calm him. Even when I did, he refused to take it and flushed it down the toilet. I couldn’t get him to accept a caregiver. I went through 40, while some were there for only an hour. Even when I did, no one would put up with him for very long.

I couldn’t place my mother in a nursing home; he’d just take her out. I couldn’t put him in a home; he didn’t qualify. They both refused any mention of an assisted-living situation and legally I couldn’t force them. I became trapped at my parents’ home for a year trying to solve the endless crisis-crying rivers daily. I was infuriated with an unsympathetic medical system that wasn’t helping me appropriately.

You don’t need to be a Ph.D. to know something is wrong, but you do need an MD who can accurately diagnose and treat it properly. Finally, I stumbled upon a compassionate geriatric dementia specialist who spent the time to perform a battery of blood, neurological and memory tests, along with P.E.T. scans and thorough medical exams. I was astounded when he diagnosed Stage One Alzheimer’s in both of my parents; something that all of their other doctors missed entirely.

Since I had no experience with dementia or eldercare, I just didn’t get it. I didn’t realize that what I’d been coping with was the beginning of dementia, which is intermittent, and appears to come and go. I didn’t know that 40- 60% of patients become agitated and that 5-20% become overly aggressive.

Also, I didn’t understand that my father was addicted and trapped in his own bad behavior of a lifetime. That his old habit of screaming and yelling to get his way was coming out when he’d get angry, but over things that were now distorted and illogical and irrational at times. His lifelong need to be in total control was manifesting itself in an explosive way because of the onset of dementia. I also didn’t understand that demented does not mean stupid, at all. That he was still socially adjusted to never show his “Hyde” side to anyone outside the family. Even with dementia, it was amazing that he could still be extremely manipulative and crafty.

Alzheimer’s = One Type of Dementia

There are many types of dementia, Alzheimer’s is just one type, and there’s no stopping the progression, nor is there yet a cure. However, if dementia is identified in the early stage, there are four FDA approved medications (Aricept, Exelon, Reminyl, and Memantine) that can slow its progression by 2- 4 years and improve cognitive functioning. Keeping a person in Stage One longer, which is milder, delays full-time care, and nursing home placement. The Alzheimer’s Association reports that by delaying the onset of AD for five years, we could save $50 billion in annual health care costs. Even a one month delay in nursing home placement could save $1 billion a year!

In addition to the dementia medication, the doctor prescribed antidepressants, which made a huge difference in my parents’ moods. Then, my father received anti-aggression medication, which smoothed out his damaged impulse control. Once their brain chemistries were properly balanced, I was able to use some behavioral techniques: distraction, redirection, reminiscence, and validation. Then I was able to get them out of bed (“waiting to die”) and into Adult Day Health Care, which saved all our lives for several years.

I am shocked that none of the many professionals who treated my parents ever discussed the possibility of dementia with me. Had I simply been shown the “10 Warning Signs of Alzheimer’s”, flashing lights would have gone off in my head. I would have realized a year earlier what was happening. I could have gotten my parents the help they so desperately needed and delayed the progression of the disease much sooner.

If any of this rings true for you or about someone you love, I encourage you to reach out for help by calling the Alzheimer’s Association 800-272-3900. You can get a referral to a dementia specialist right away. Tell them Jacqueline sent you!

Jacqueline Marcell is a former college professor and television executive. After the experience of caring for her elderly parents, she became an author, publisher, radio host, national speaker, and advocate for eldercare awareness and reform. She is the devoted daughter of her riveting bestseller, Elder Rage, or Take My Father… Please! How to Survive Caring For Aging Parents, a Book-of-the-Month Club selection, which is being considered for a feature film.
Jacqueline also hosts “Coping with Caregiving”, an Internet radio program heard worldwide. She received the National Adult Day Services Association’s Media Award. The National Association of Women Business Owners presented her with “Advocate of the Year” at their Remarkable Women Awards. For more valuable caregiving information see ElderRage.com.